We believe in Charity

Like many of us David has always been keen to raise funds for charity.

In 1990, whilst working as an off-shore helicopter pilot in the Shetland Isles,  David ran the New York Marathon to raise money  for 'The Special Shetland Kids Fund', which he formed in order to take special needs children from Shetland to London (many had never been to the mainland).

In 1995, whilst at St Bartholomew's & The Royal Lonndon Hosptial medical school, he managed to raise the greatest single amount in 7 days by a medical student during rag week, by raising £7,500 for the specific purchase of medical equipment for the Paediatric Unit at The Royal London Hospital.

In 1997 David founded and was Chairman of ‘St. Bartholomew’s & The Royal London Turf Club' which raised monies for charities such as Riding for the Disabled. It was the first club within a medical school to own a racehorse that was professionally trained and ridden in the colours of the medical schools. The racehorse, ‘Nearly a Doctor’ (by ‘Nearly a Hand’) was trained by Philip Hobbs and ridden by Richard Johnson. Richard Dunwoody was a patron of the club. The horse raced at Cheltenham, Ascot, Sandown Park and other major racecourses.

The second horse ‘Gallop Rhythm’ also raced at many major racecourses throughout the UK. Trained by Robert Alner and Rodney Baker and ridden by Tom Scudamore, Andrew Thornton and Vince Slattery. Again, money was raised for charities and good causes. Eventually ‘Gallop Rhythm’ retired at the age of 14 years and was looked after by David as his ‘hack’ before the horse passed away from natural causes at the ripe old age 25 years.

In 2000 David ran the London marathon for the charity 'Health Unlimited’.

Ludlow Food Heroes in support of Help for Heroes

In 2010 David founded ‘Ludlow Food Heroes in support of Help 4 Heroes’, which produced a book telling the stories of the ‘foodie’ centre of the UK and those of the producers and retailers that live and work there. The book is on its second print run and is hoped to raise over £25,000 for charity. Templar Medical are the sponsors of the book. The forward is written by Guy Disney.

In 2009 Captain Guy Disney lost his leg whilst on patrol in Afghanistan when a Rocket Propelled Grenade (RPG) hit his vehicle. After surgery and rehabilitation Guy made the decision to walk to the North Pole as part of the ‘Walking with the Wounded’ charity in 2011. As part of his fitness assessment he spent time at the Institute of Naval Medicine where he met David. They both had a deep interest in National Hunt horseracing, and Guy told David how his ultimate dream would be to get his jockey’s licence back to ride, but that the Jockey Club had turned down his application on the basis that no amputee jockey could ride in races due to the danger to themselves and other riders.

David, always keen to take on the impossible, said he would look into it. What followed was four long years of putting a case together to illustrate that Guy was fit to race-ride, including a special prosthesis, adapted stirrups, and videos illustrating Guy’s ability to race-ride, all compiled into a report for the Jockey Club. Whilst David worked on the report for the Jockey Club, Guy returned to Afghanistan as a forward air controller, then led an expedition to the South Pole in 2013.

In 2015, after considering the report, the Jockey Club reversed its decission and allowed Guy to regain his jockey's licence. Guy went on to race-ride, winning a number of races, including both the Royal Artillery Gold Cup and Grand Military Gold Cup in 2017, followed by the Royal Artillery Gold Cup the following year, when he also competed over the Grand National fences in the Foxhunters Chase. In 2020 Guy was awarded an MBE for services to horse racing, polar expeditions and veteran’s charities. 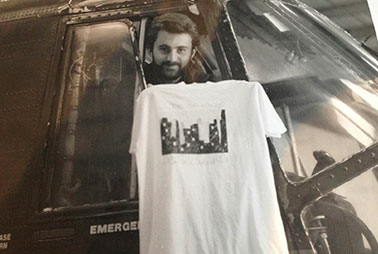 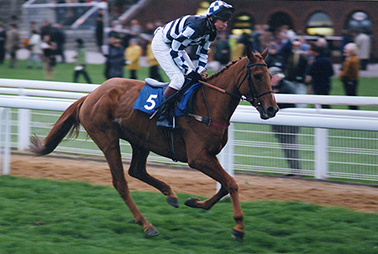 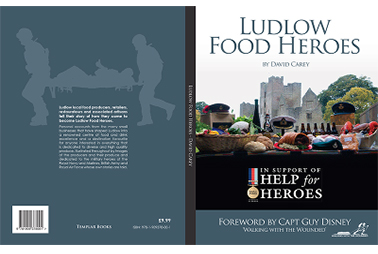 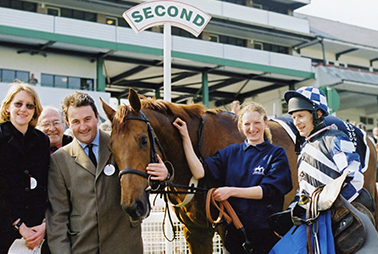 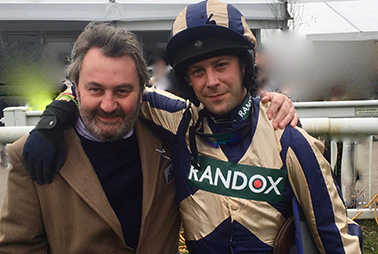 BACK TO ABOUT US

We’re here to answer any questions you may have. Message us and we’ll respond as soon as we can. You do not have to send your phone number and we will not use your details for marketing purposes.